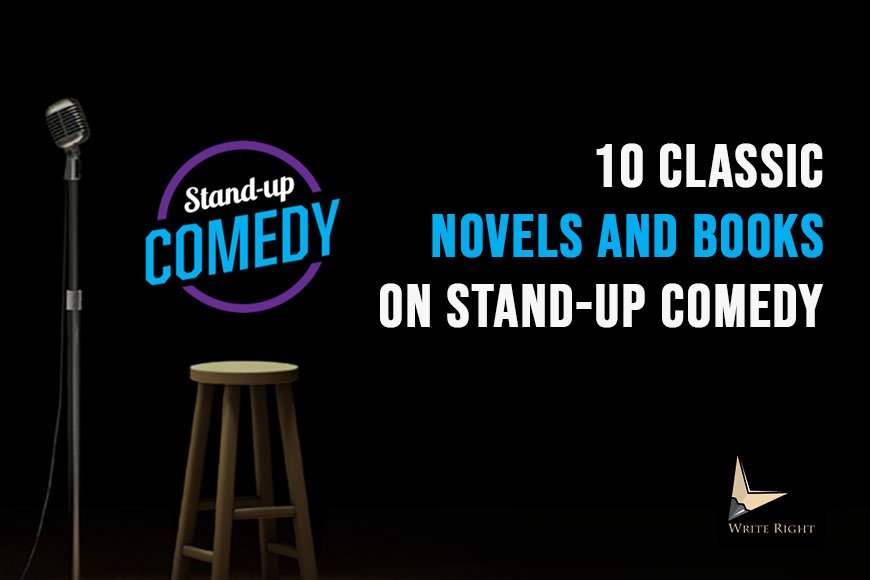 If you genuinely want to become a Stand-Up Comedian, the first and foremost thing that will help you progress in comedy is getting confidently on stage and just performing your acts. The second important thing is watching and learning from stand-up comedy bits of other professionals in the field. And if you are really just starting your Stand-Up journey, you can do so by reading books related to famous Stand-Up comedians and comedy writers! As we believe reading is the best teacher ever.

So, here are 10 Classic Novels and Books on Stand-Up Comedy that will help you understand comedy from different angles and help you come up with finer jokes and witty punchlines. 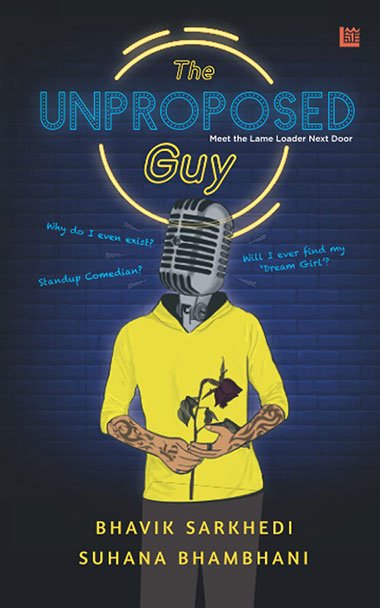 Bhavik Sarkhedi and Suhana Bhambhani’s book, ‘The Unproposed Guy’ is a complete game changer for today’s youth. The authors have beautifully captured the nuances of growing up – ‘adulting’ and what one goes through during that period. And have narrated this story in the best possible way! Want to know how? By adding wit and sarcasm to the story!

The book ‘The Unproposed Guy’ is about Kevin and his journey through the ship of life. Kevin being the most fantastic person in the room yet being the most detached person, all to himself. The authors have beautifully weaved in concepts like finding yourself and being true to yourself no matter the hardships, which is exactly what today’s youth is looking to find in life!

The humour in The Unproposed Guy is so tightly written, and then it is so descriptive that it transports you to Kevin’s roller coaster life instantly. The sudden turn of events in Kevin’s life and his out-of-the-blue passion for becoming a Stand-Up comedian bring The Unproposed Guy to our list of 10 Classic Novels and Books on Stand-up comedy.

The Unproposed Guy could greatly help today’s youth struggling to find their true self and unleash their true potential. And for all the young kids out there who are wishing to become a Stand-Up comic, this could be your introduction to the world of comedy! 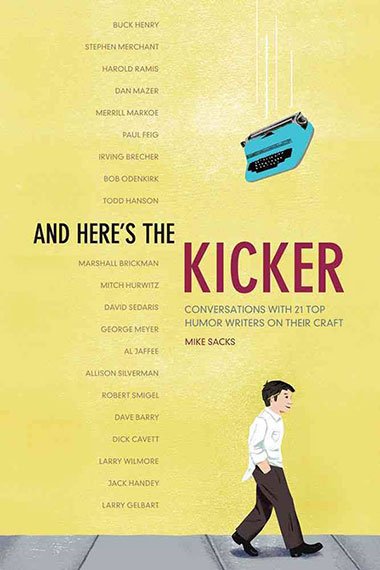 The book ‘And Here’s The Kicker!’ by Mike Sacks is based on a conversation between him and 21 Top Humour Writers. The author has beautifully narrated the stories of these 21 writers of famous sitcoms like Freaks & Geeks, The Office and shows like SNL.

The book seems like a written podcast episode that could be played on a loop because it is so descriptive that you can hear their voices and see their facial expressions as you read the book. The 21 writers are so candid with their respective journeys in life and the experiences they’ve had in this world of comedy, that it makes you want to be friends with each one of them! And for aspiring comedy writers, this book could be of great help. 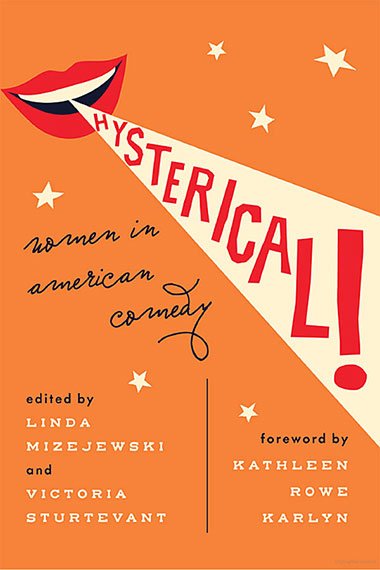 The book, Hysterical! Women in American Comedy is an interesting read for budding stand-up comedians, especially female comedians, to educate themselves about the paradigm shift in comedy. This book is a by-product of surveys of female comics from the black and white times of silent cinemas to the current digital presence of female comics.

The book talks about the change in comedy, how it is perceived and how the world reacts to female comics. It also talks about how comedians have used their wit and intelligence to discuss important topics like feminism, racial/ethnic indiscrimination and sexual identity through their comedy performances.
For anyone looking to get creative when writing comedy, this book could be of great help! 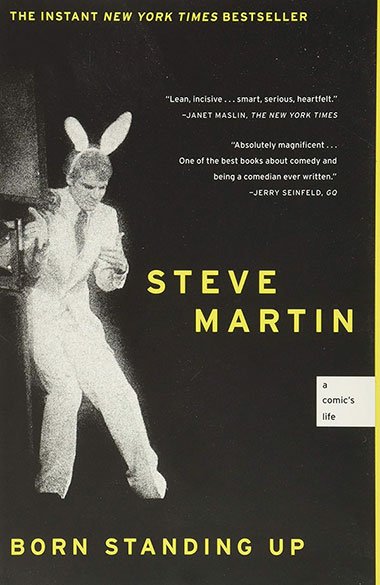 The book ‘Born Standing Up: A Comic’s Life’ by Steve Martin is about his life, his darkest times in life and how comedy had kept him afloat until one day he suddenly decided to quit comedy. The author has beautifully narrated his life story, his days working in Disneyland and how he used to do small comedy acts. He also talks about his relationship and their impact on you when you’re in a creative field. This book is interesting as you get to know about the world of comedy through his experiences.

5. Thank you for coming to Hattiesburg 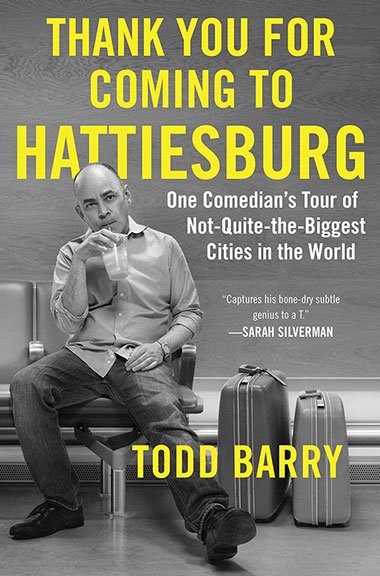 The book ‘Thank you for Coming to Hattiesburg: One Comedian’s Tour of Not-Quite-the-Biggest Cities in the World’ is one of the funniest reads ever! Written by Todd Barry, the veteran comedian, the book encompasses his hilarious travel stories from the time when he toured through the secondary markets in US, Canada and Israel. The author’s wit and his sharp humour make his stories from his personal travel diary an interesting read for anyone who loves comedy! 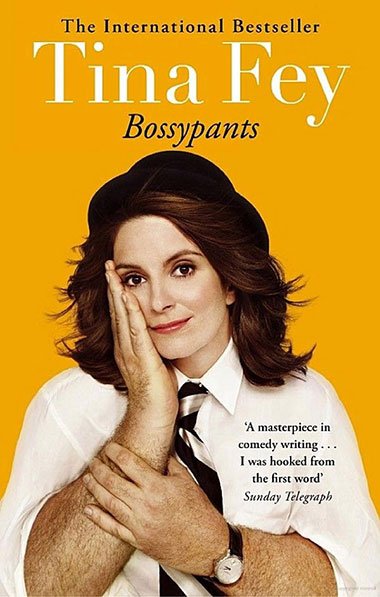 The book ‘Bossypants’ by Tina Fey is a humorous read about her life and how she has garnered the respect that she truly deserves in the field of comedy. The author talks about her days on SNL, her journey of being a comedy writer and becoming a known face and name for comedy! The book also captures amusing stories from her personal life. And last but not least, she reveals why she’s the Bossypants. 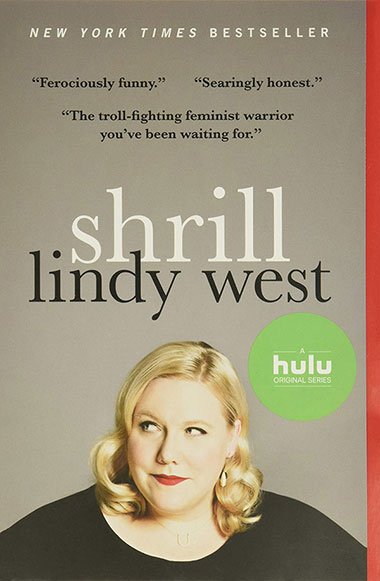 The book ‘Shrill: Notes from a Loud Woman’ is a must-read for anyone who wants to be their true imperfect, different individual in this world that demands you to be all the same and perfect. The author Lindy West has beautifully written her life story, how she has dealt with body shaming, and how her opinions on different takes on comedy have brought her to the attention of trollers and how she dealt with that. She also talks about how her accidental activism has changed her life.

8. The Joke and Its Relation to The Unconcious 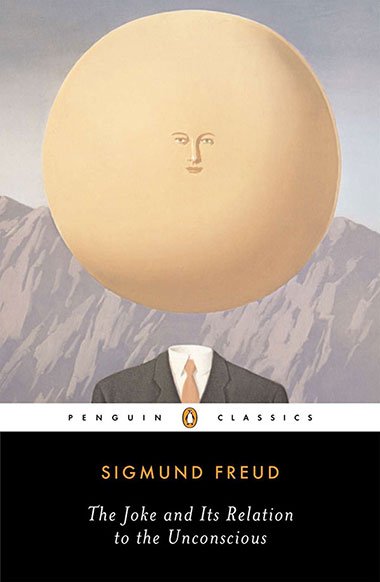 The book ‘The Joke and Its Relation to the Unconscious’ by Sigmund Freud is an interesting take on how comedy impacts our lives. The book talks about we give away the most hidden and notorious part of ourselves through jokes. The author talks about the unconscious impact of comedy in our life and how it lets us lower our guards and satisfies our unconscious desires. Apart from having the most unusual take on comedy and life, this book is filled with jokes, punchlines, and one-liners that will make you smile! 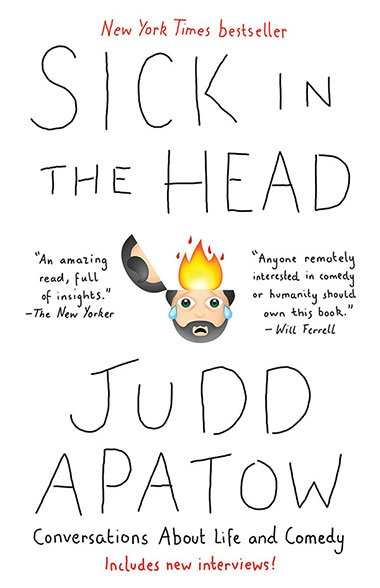 The book ‘Sick in The Head’ by Judd Apatow, the producer of Freaks and Geeks and the writer of Knocked Up, is a must-read for aspiring Stand-Up comics. The book has the life story of Judd Apatow himself and a few of his favourite conversations with the best comedians out there about their journey and experiences through the world of comedy. The author has humorously expressed his most vulnerable times in life and how he found the strength to rise above the hardships of life. The book is a fun, light-hearted read!

10. The Hidden Tools of Comedy 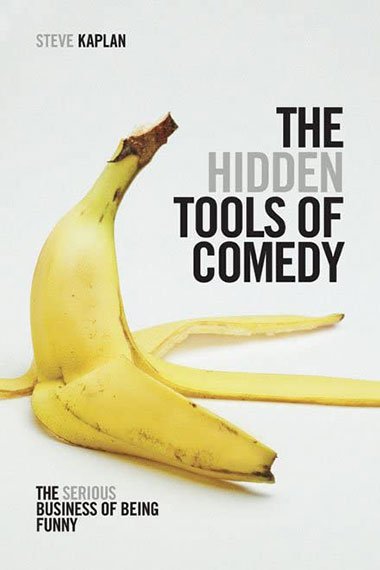 The book ‘The Hidden Tools of Comedy’ by Steve Kaplan is more of a technical approach to writing comedy. The author has put age-old theoretical notes on writing funny into practical exercises, tips, and tricks one can use when writing comedy. The author has also shared his opinions on famous sequences from movies and sitcoms, and he has deconstructed those sequences to explain how and why they worked the way they did and also why they didn’t.

So, if you want to be a stand-up comedian, practice humour and learn from the best, take your pick from the 10 Classic Novels and Books on Stand-up comedy list we have curated and shared with you, read and get skilled from it. Period! 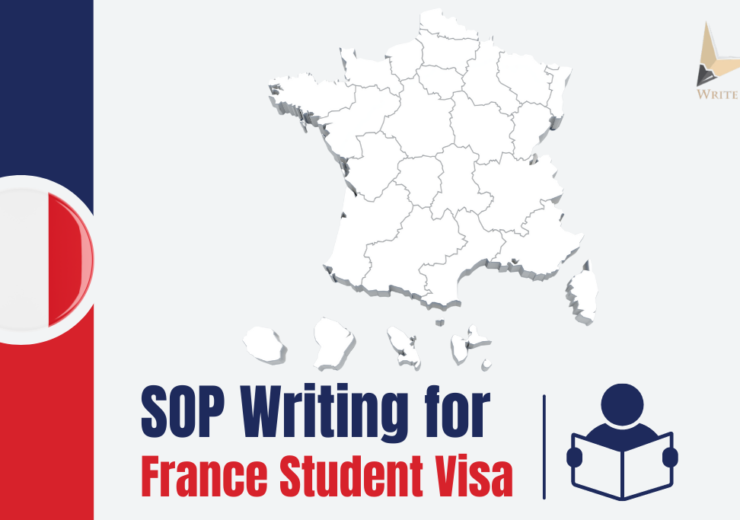 The Complete Guides How to Write SOP for France Student Visa

A statement of purpose is that convincing document that you write to persuade visa... 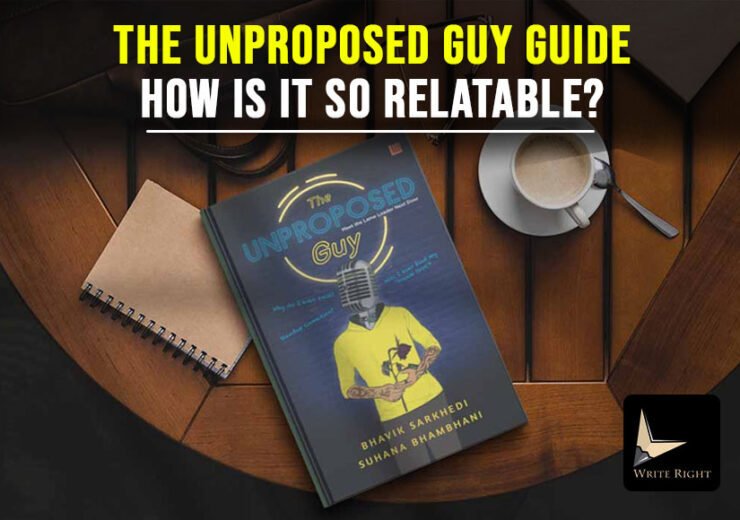 The Unproposed Guy Guide: How is it so relatable?

Bhavik Sarkhedi and Suhana Bhambhani’s ‘The Unproposed Guy’ has become a hot topic of...